Yesterday, the brake lights on my car wouldn't switch off, even after I turned off the ignition. I realised then that I have got two problems on my hands. The immediate problem was obvious, I was dealing with an electrical issue with the brake lights. Leading from that, of course, was the fact that I could potentially end up with a flat battery when I try to start the engine the next day. This was pretty serious, I thought. Compound that with the time of the day, which was after office hours, meant I was on my own with this problem.

The first thing I did was to check the fuse box. Thank goodness I found the car manual in the glove box and managed to isolate the fuse for the brake lights. I took it out and the lights went off. That was a relief. I had solve my second problem. But what of the root cause. Naturally, I did what any rational person would do when confronted with a problem. Reach for my mobile phone and Googled. It seemed like there were many reports of brake light switch problems with other owners of the same car. It's a 2005 Hyundai Sonata in case you are wondering.

I dove down into the brake/accelerator compartment in an attempt to locate the brake light switch. It was getting dark by now and boy was it dark down there. Again, I reached for my mobile phone and turned on its LED light. At the same time, I made a mental note of how I would be totally lost without my trusty phone. I felt around the compartment unsure of what I was looking at until my eyes properly adjusted to the lighting condition. And then I felt a chill, that sinister black but not so shiny object was staring right at me, the brake switch. It was almost inviting me to solve its riddle. Was it a mechanical fault? A loose connection perhaps. Normally these things are designed to fail safe. Unplugging the cable that connects to the switch isolated the problem. The brake lights went off immediately.

At around the same time, I had a visitor who just returned from a trip to China and Europe. We had a chat about his trip, how the Chinese stock market has been cautious about options trading compared to other markets and the unpleasant experience of being ripped off by a taxi driver in Paris. Somewhere in that conversation we talked about my grand project of building a multi-domain sensing microchip and using it for medical diagnosis. For better or worse, we didn't open the whisky he brought over. After Frank left, I went back to my car.

Somehow, I needed to plug the hole and bridge that gap between the brake pedal and the momentary switch. I looked around and found a 3D printed part which fitted perfectly. It was a leftover part of a home-made fidget spinner project we used in our previous school holiday program (inset). Using a bit of superglue, I attached the printed part to the brake pedal. The hardest bit was screwing the nut to secure the brake switch back in position. Good thing I didn't have that whisky that Frank had brought over. Otherwise, I could end up spending the entire night fumbling with the nut and screw.

Finally, I replaced the cable connector back to the switch socket, and the job was done. Brake lights now works as they should. And I couldn't be more stoked. That called for a bit of celebration. Time to open that whisky and relax. As I sipped some of that golden nectar, my mind drifted back to the time when I found a peculiar broken piece of resin on the floor mat. I didn't thought about it much then, but that must have fell out from the brake pedal. Ah, good ol' Johnnie Walker. It sure brings back good memories :)

Have a question about this little fixit project? Come along to the Young Adult 3D modeling and 3D printing workshop that I will be running in KL and Kuantan in December. AMA there.

It's all about the people, people! 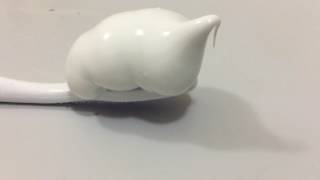 Ketchup bottles need me as do 3D printers, even your teeth. What am I?

On Elon Musk and 3D printing

Democratisation is changing everything